After completing the Dark Side Challenge in Disney World by finishing the half marathon and 10K in two days, I wrapped up my weekend with my mama with some time in Hollywood Studios. The Great Movie Ride, The Voyage of the Little Mermaid… we had a blast: 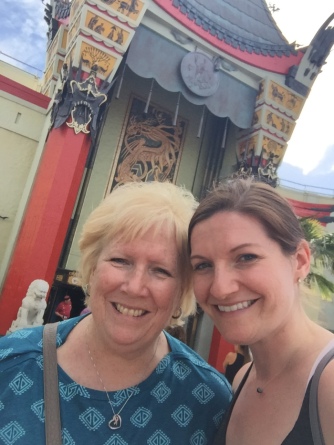 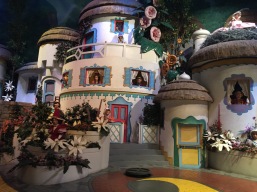 We even stumbled upon the Star Wars show happening right in front of the Chinese Theater almost as soon as we got there: 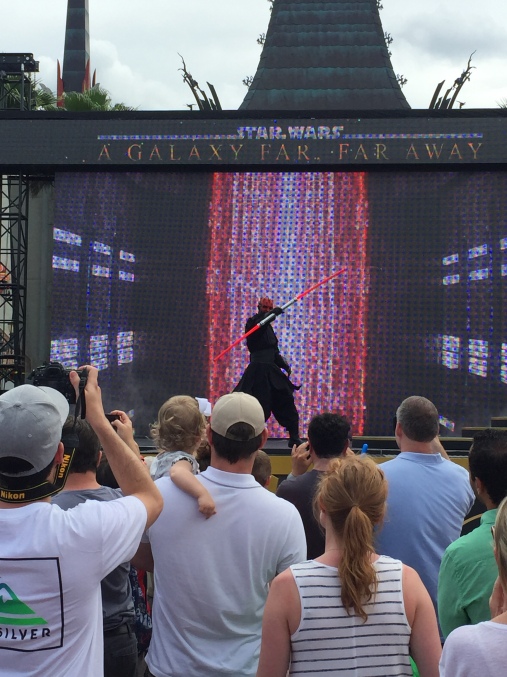 I don’t think I need to tell you that’s me going “OOOOOOOHHHHH” and “YEEEAH!” in the background of both videos.

If you thought I was having a crisis of joy during the races just from all the Intergalactic Love, you should have seen me when this happened: 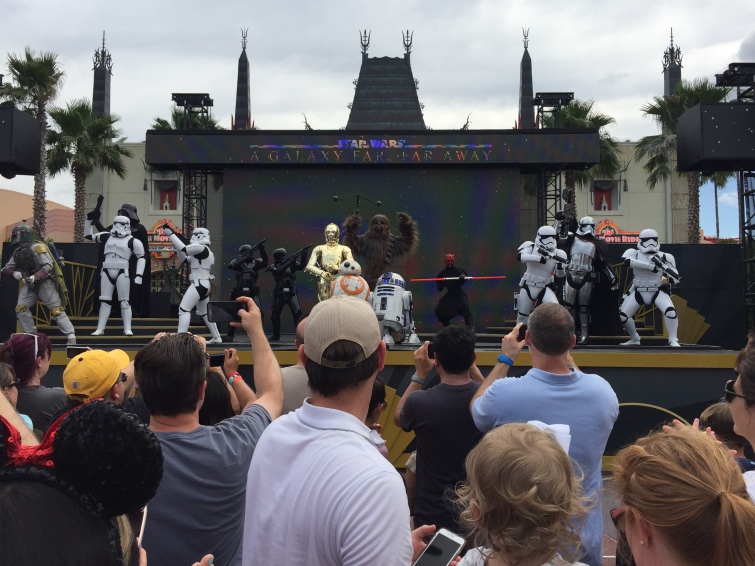 As if my day couldn’t get any better, we headed over to Star Wars Launch Bay to meet some characters, and they did not disappoint. Once again, I was a total idiot around Kylo Ren (I swear I should make flipbooks of these photos just so you can watch me get dumber around him): 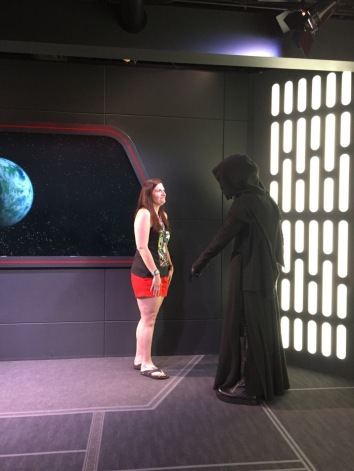 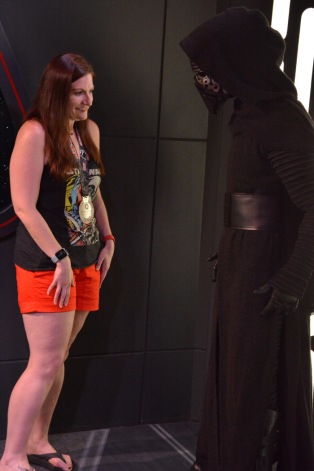 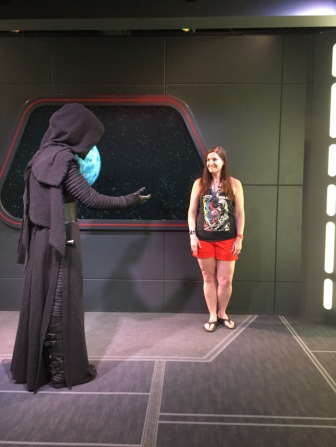 But me and Chewy had a MOMENT with a capital M when I showed him my Millennium Falcon medal:

And I went 2 for 2 on getting lost in Wookiee hugs:

After noodling around for a bit and having a drink at the Prime Time Cafe while we waited for our dinner reservations, we had the time of our lives at the buffet – where we shared our meal with Mickey, Minnie, and the rest of the gang! Commence happy tears breakdown #272 of the weekend.

Seriously, when Mickey hugged my mom, I burst into tears. I’m an emotional person, OK?!

After dinner we headed over to the theater where the Star Wars fireworks show was scheduled for 9PM, and man oh man. I wish I could describe what it’s like, but videos and photos and words don’t do it justice. It was incredible.

After the show, we called it a day in the parks and got ready to head back home the next day, exhausted and happy and already planning our next trip back. 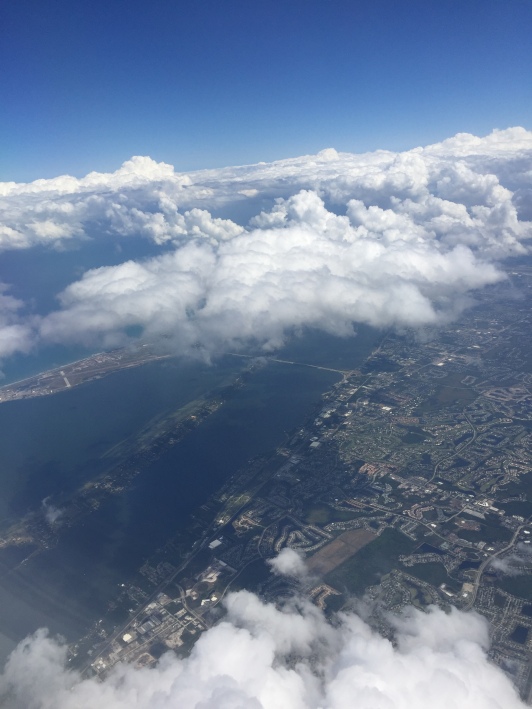 All in all, running both Disney Star Wars races was a dream come true, when I didn’t even know I had this dream in the first place. When I “joined” the Star Wars fandom and discovered these races, they were a “wouldn’t it be nice” thing to add to my bucket list. But after talking it through with my husband and working out the financials – and a lot of hard work and sacrifice to get there! – my brand new dream was a reality. And it only took about 8,000 miles flown to run 19.3 twice in 2 different states and earn 8 beautiful medals that each represent their own accomplishment.

There were plenty of pros and cons on each coast, and while I go into them in detail in their own recaps, I can say this:

All in all, if you’re a Star Wars fan and have the chance to do even one of these races, I can’t recommend them highly enough. They take a lot of work and time (and yes, money), but it all comes down to creating experiences that matter, and Disney races allow you to do exactly that.

Have you ever run a Run Disney race? Would you ever do a Star Wars race? What costume would you run in? Share your thoughts in the comments!